Working between photography, self-portraiture and performance, the work of Franco-Cameroonian photographer Samuel Fosso occupies a central position in the international contemporary art world.

From his early works in the 70’s, creation of alternate identities that challenged representational conventions, Samuel Fosso has given autofiction and self-portraiture a new dimension, one that is all at once political and historical, fictional and intimate. Embodying key historical figures and social archetypes has become for him not only a way of existing in the world, but also a clear demonstration of the power of photography to construct myths, and a way to question what is at stake in accepted codes of representation and identity. 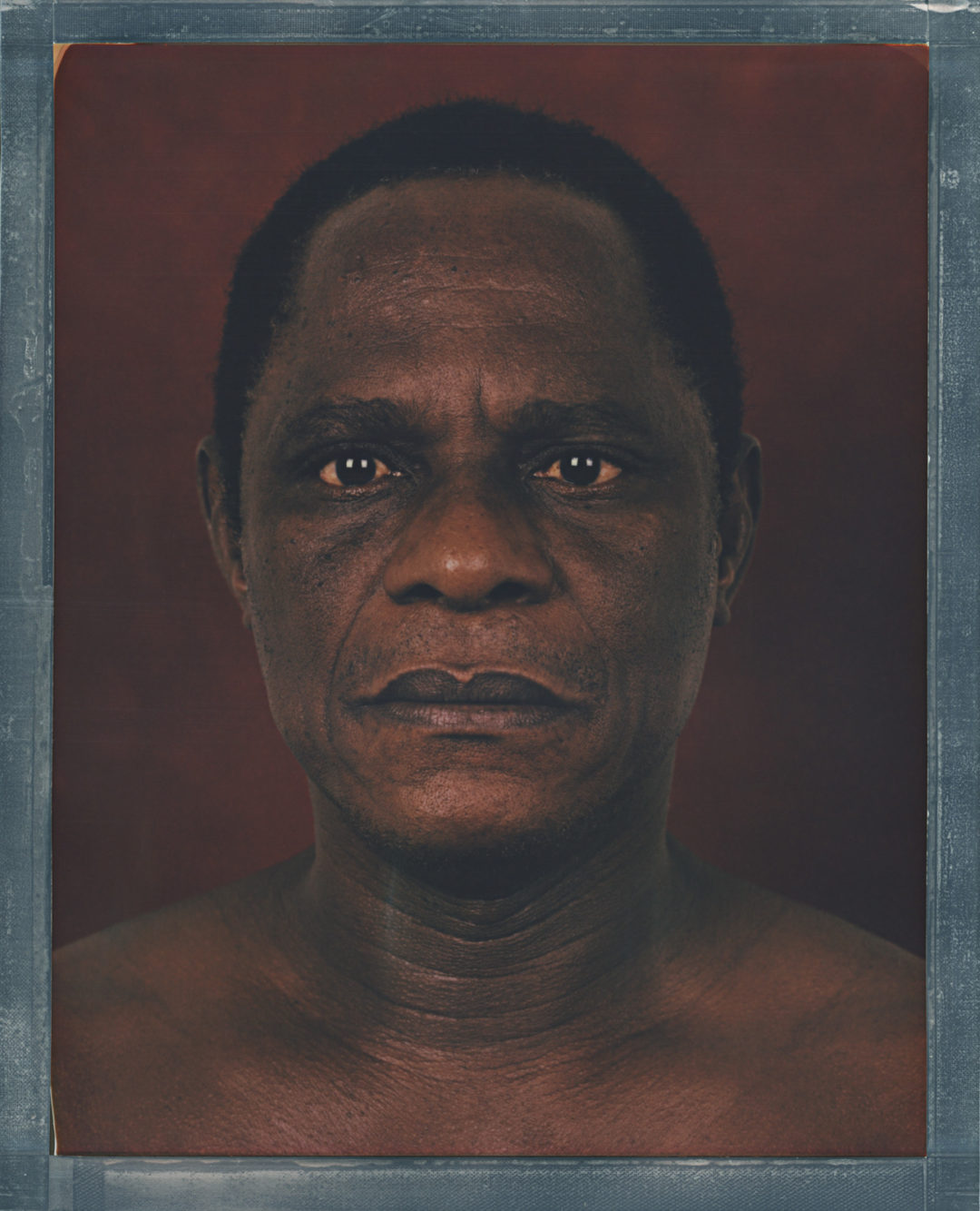 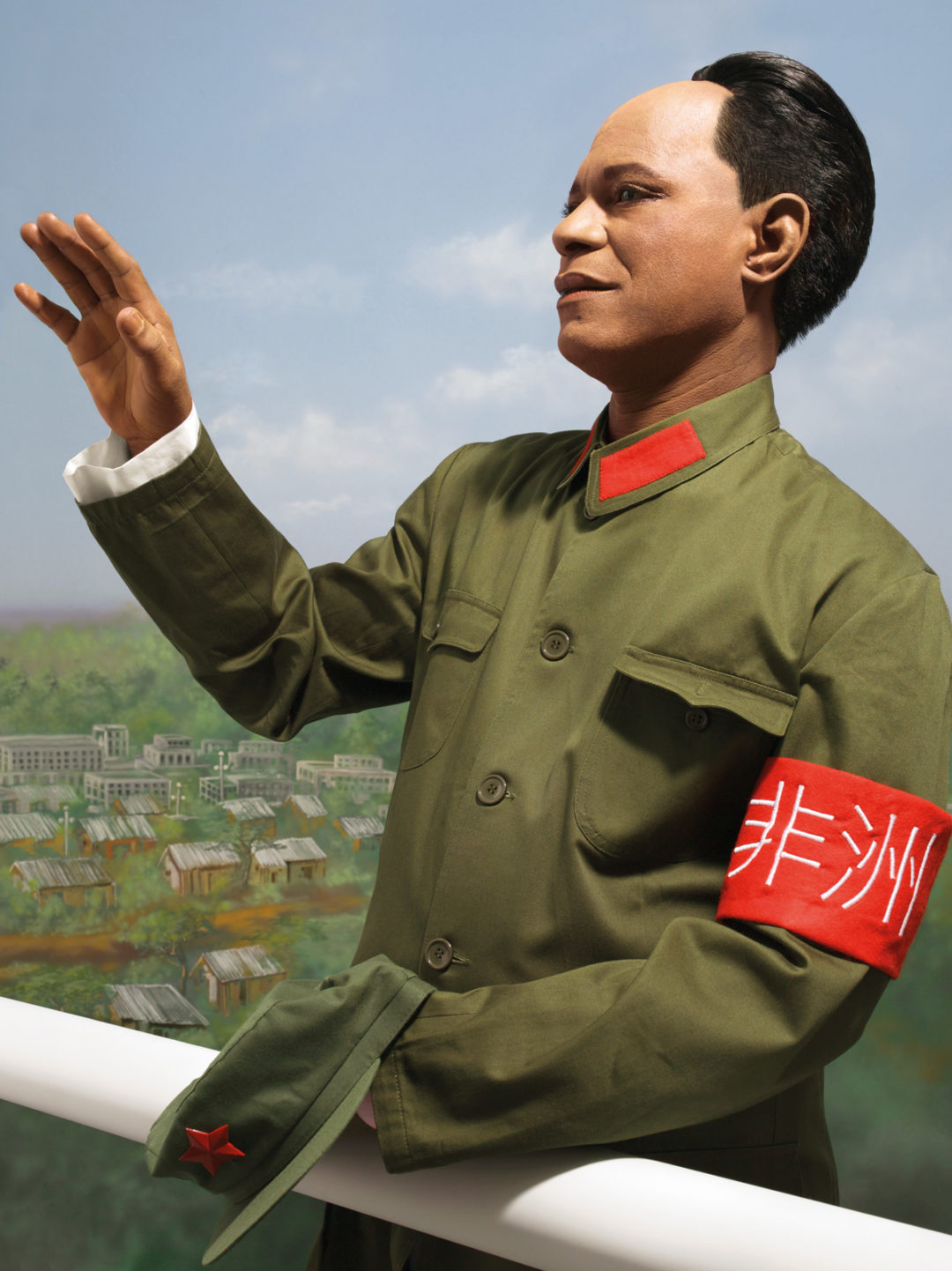 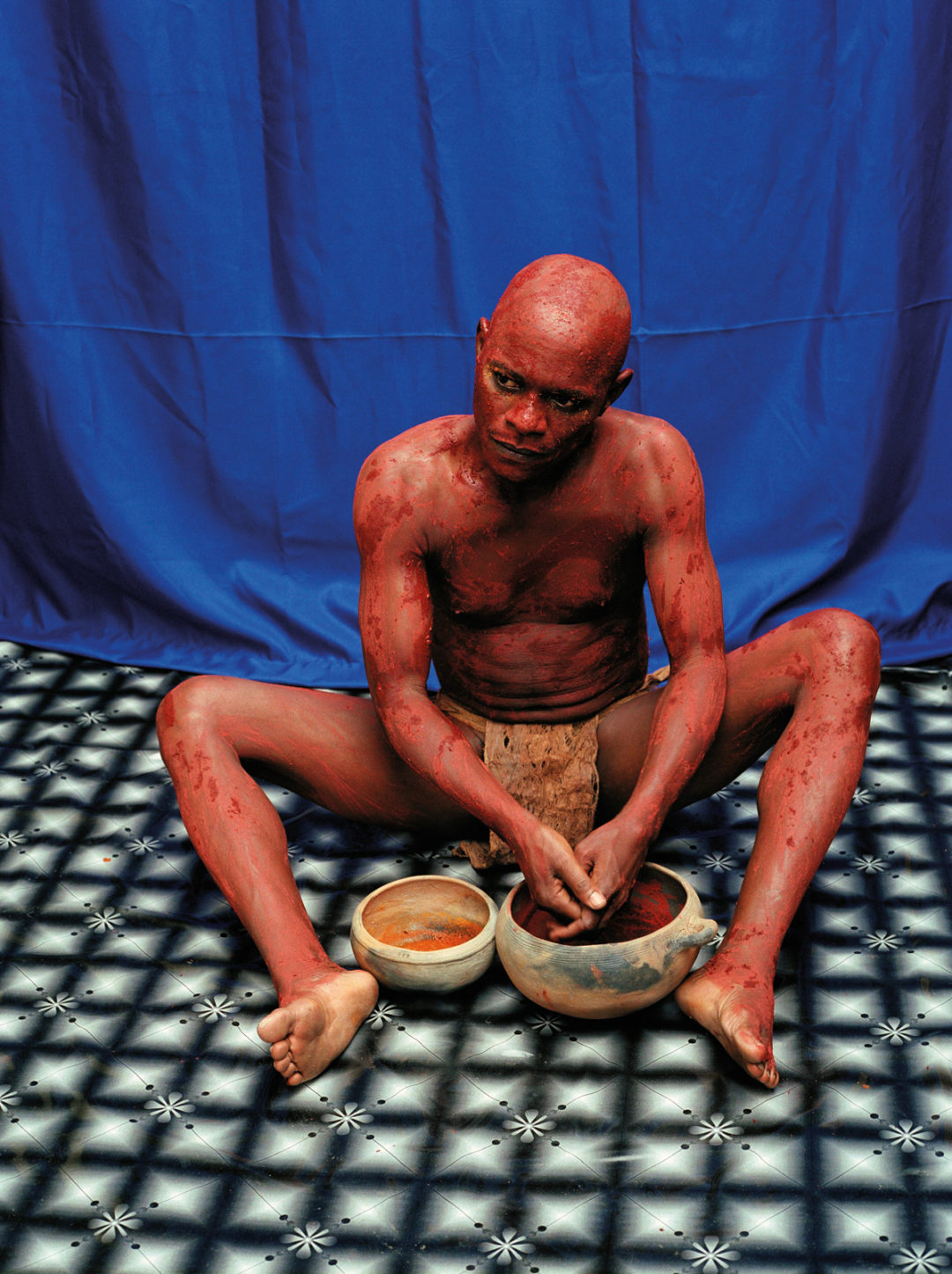 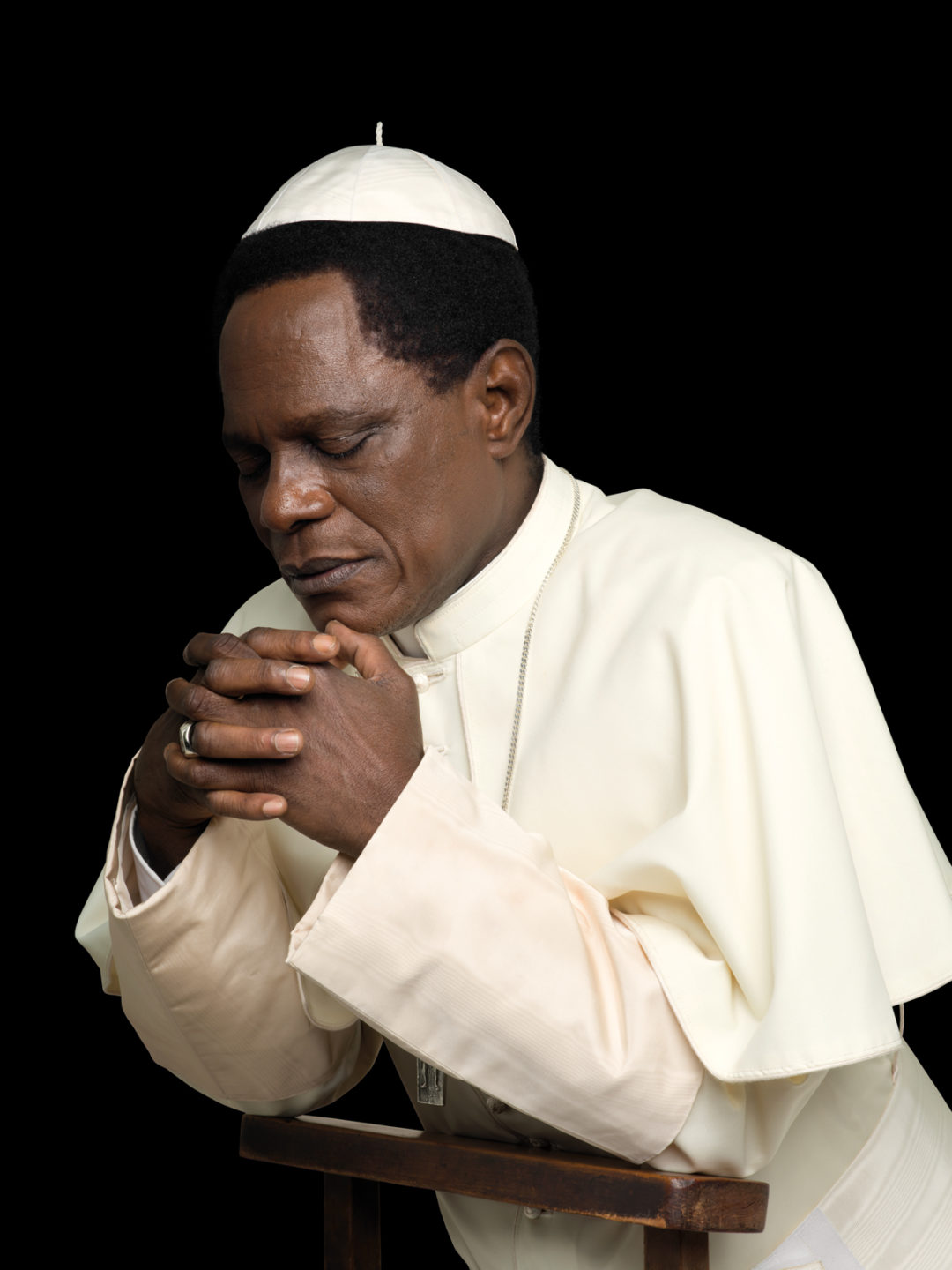 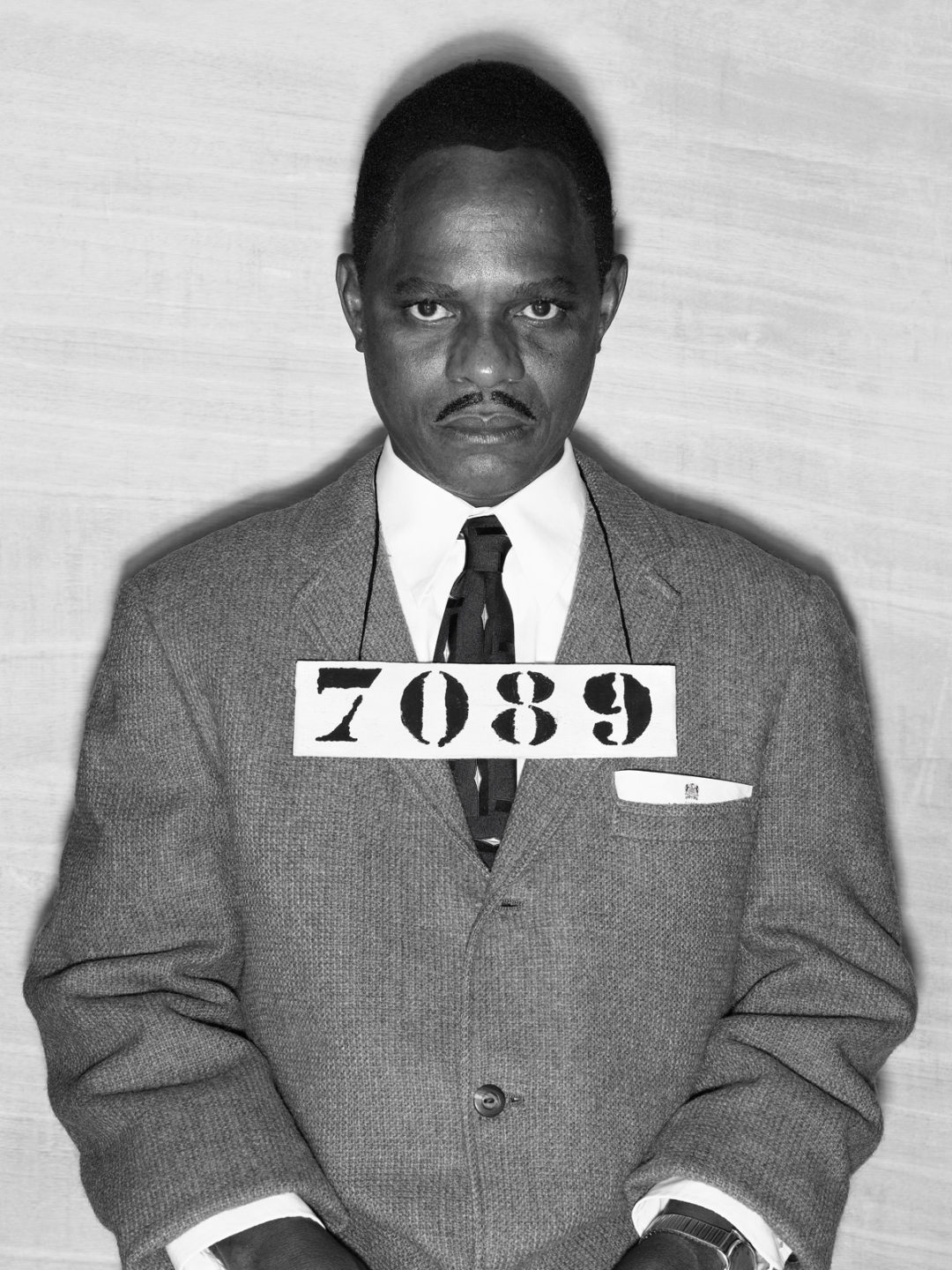 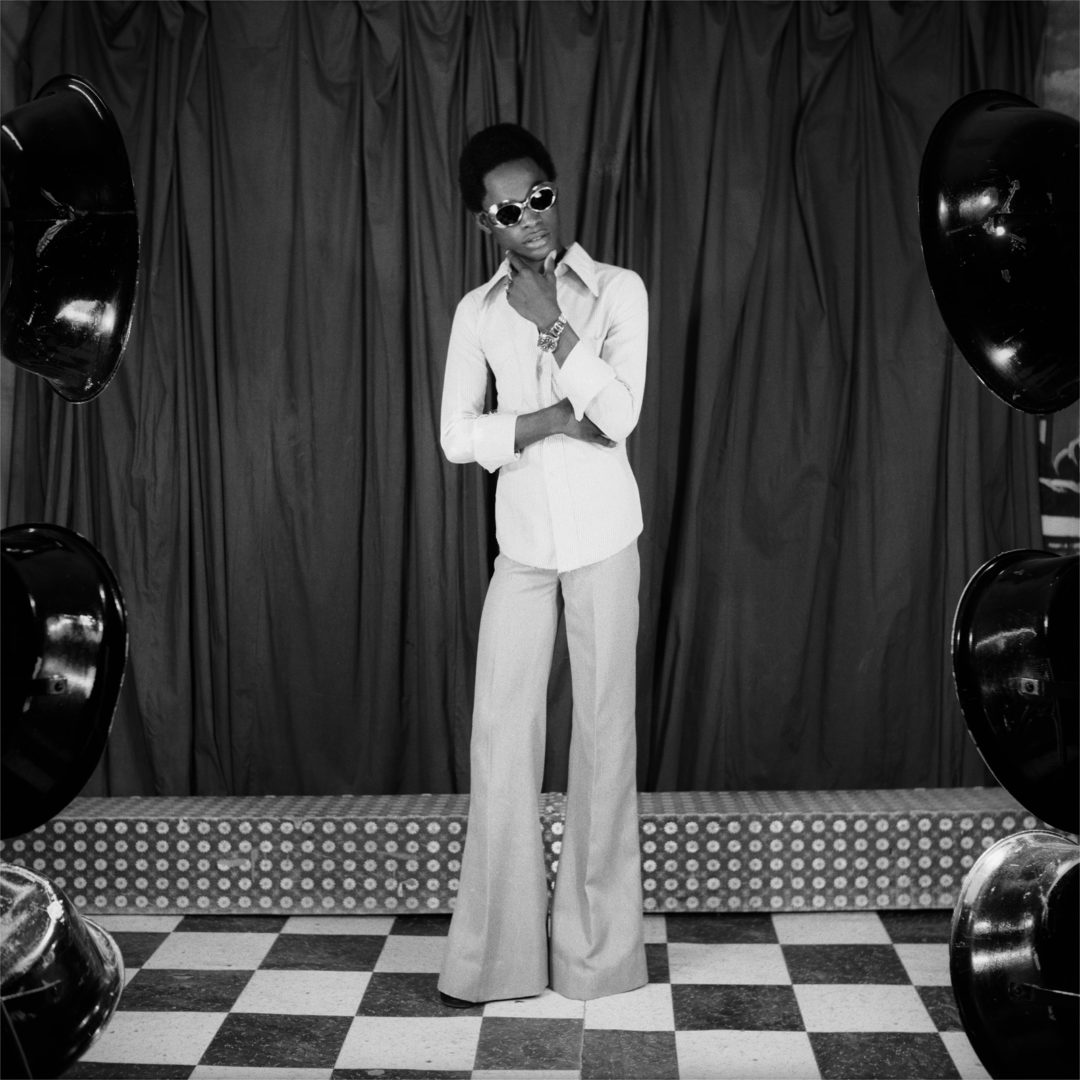 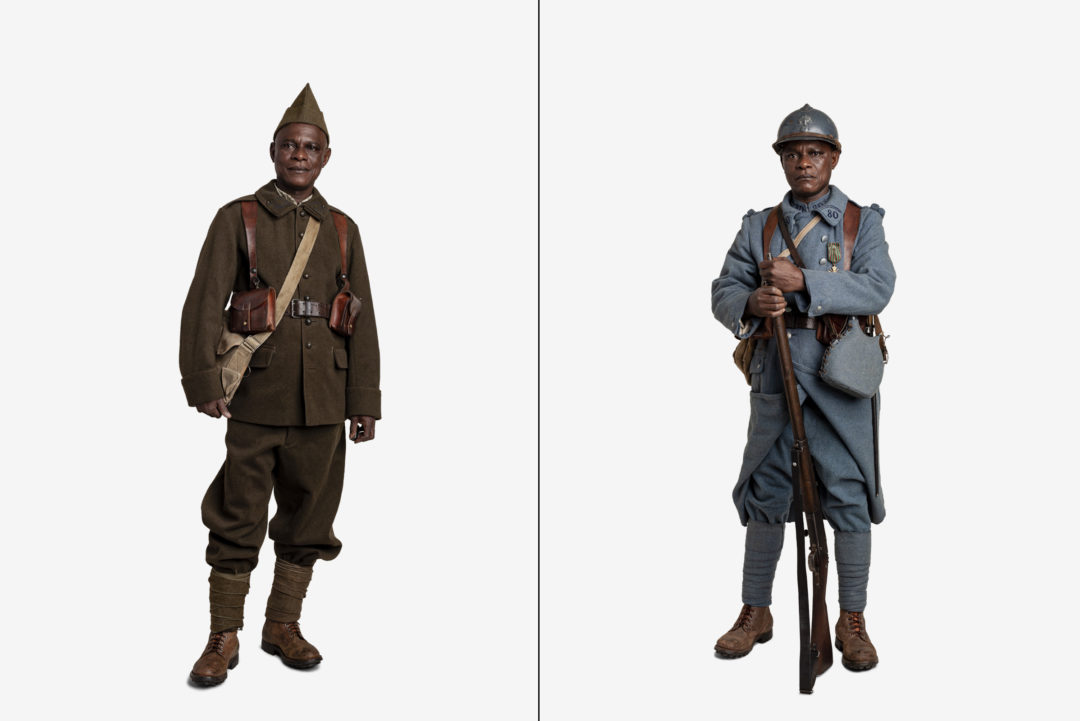 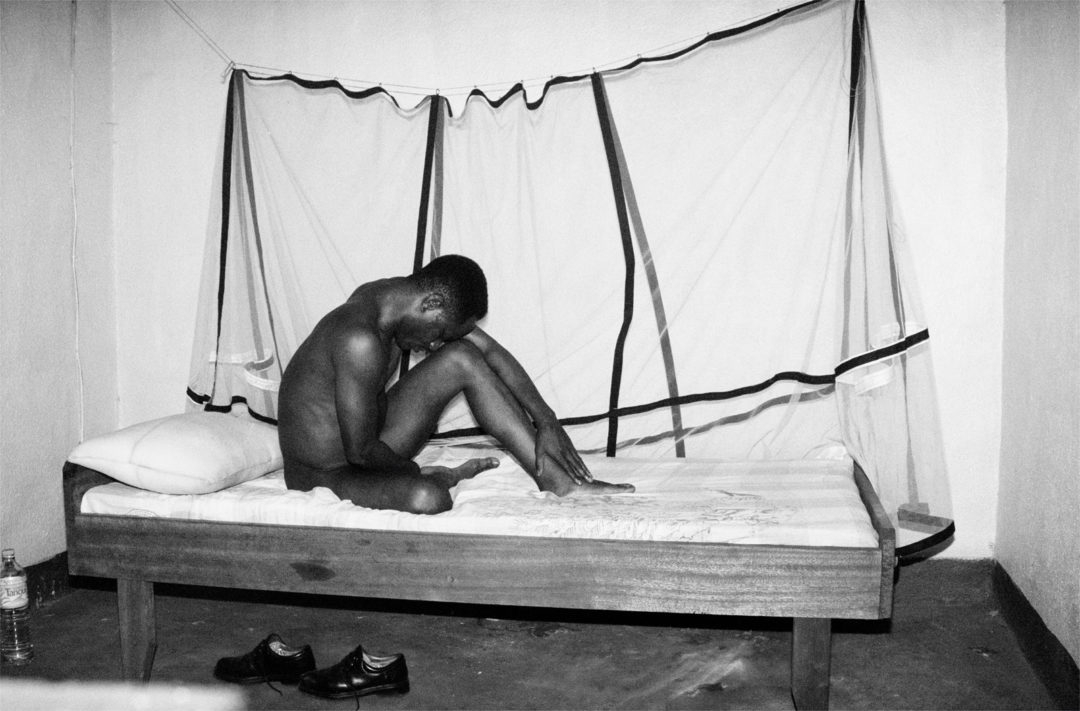 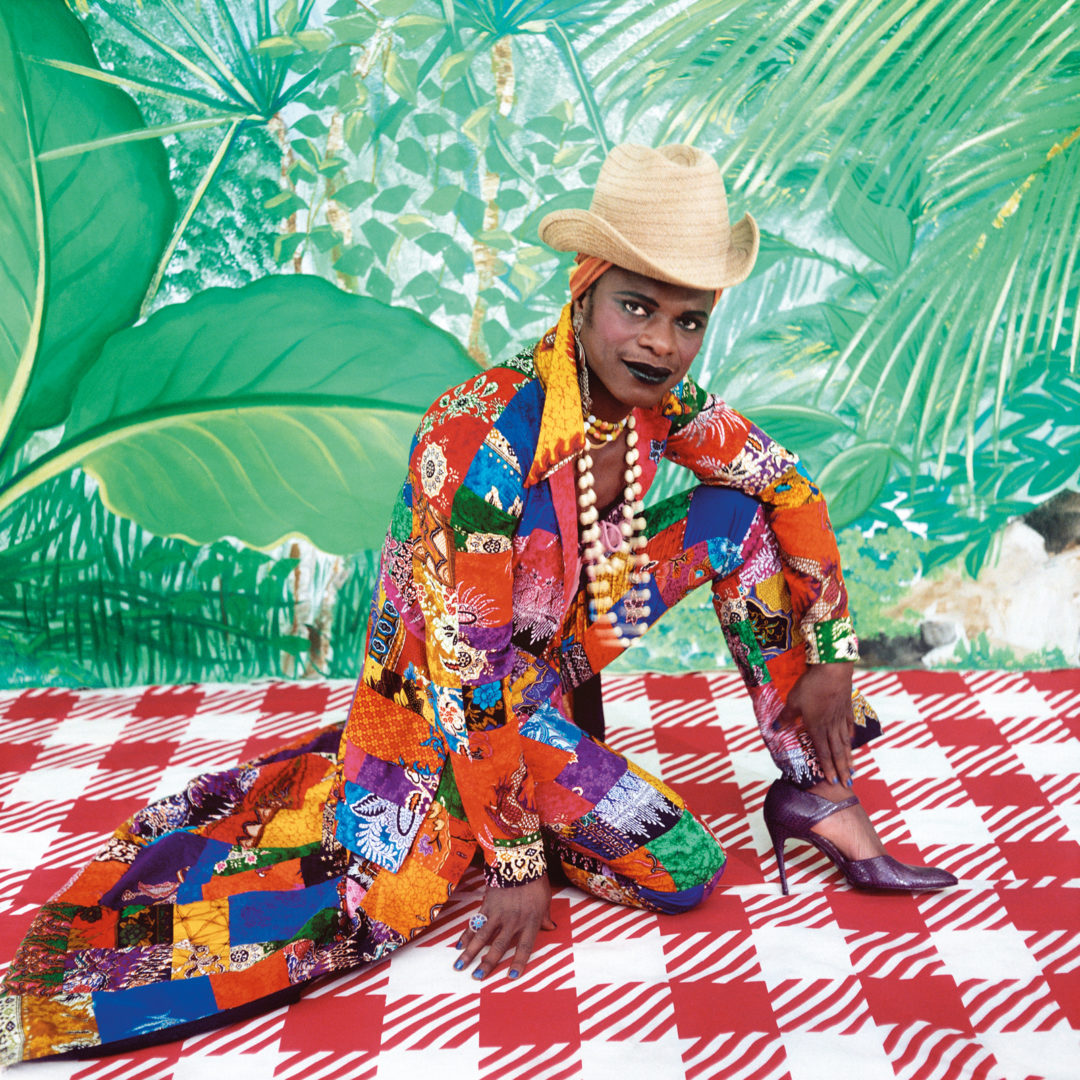 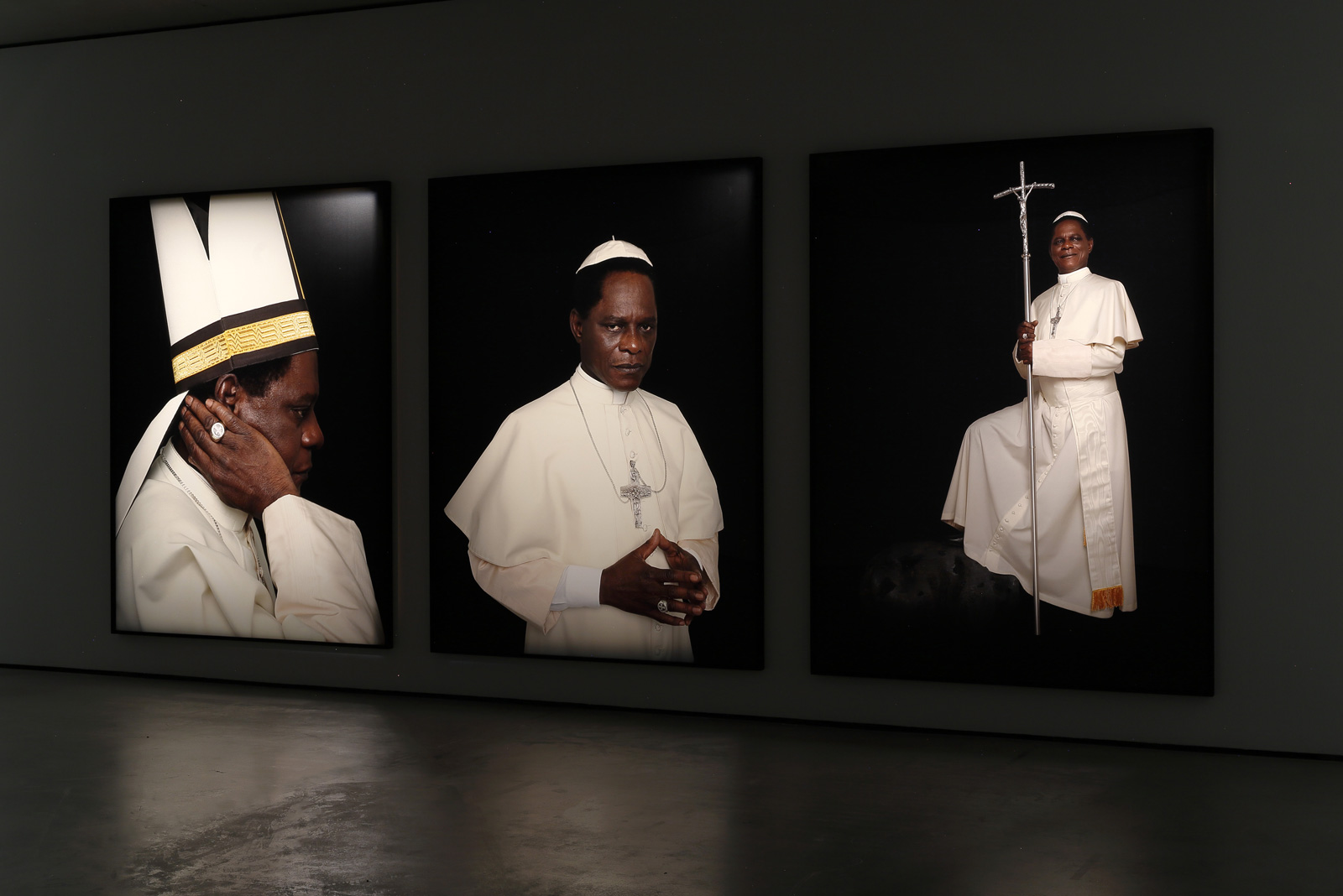 The Generali Foundation at Museum der Moderne Salzburg organizes Samuel Fosso’s first personal exhibition in Austria.
From the mid-1970s onwards, Fosso has given a new twist to West Africa’s long-standing traditions of studio photography by developing and successively refining an individual form of explicitly theatrical self-portraiture. These self-portraits are based on a play with roles, identities, and media images and on the embodiment of selected, heterogeneous characters that are of both personal and political significance. 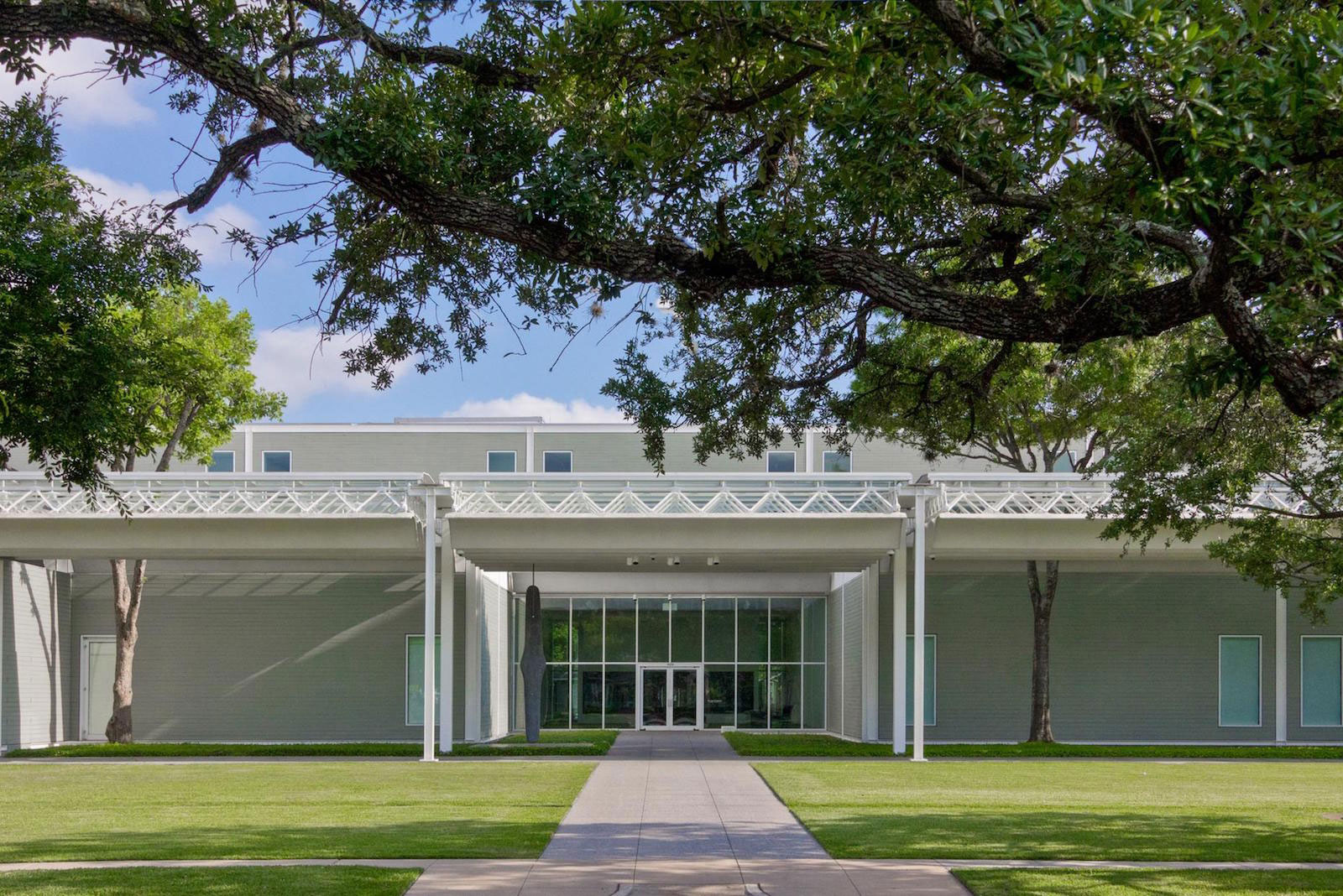 Samuel Fosso: African Spirits features the artist’s fourteen, large-scale gelatin silver photographs from African Spirits. In this series of self-portraits, completed in 2008, Fosso pictures himself as Angela Davis, Martin Luther King Jr., Patrice Lumumba, Kwame Nkrumah, Léopold Sédar Senghor, Malcolm X, and other prominent figures from 20th-century Black liberation movements. His photographs reference iconic images, such as Carl Fischer’s photograph of Muhammad Ali that was published on the cover of Esquire in 1968 and the police mugshot taken of King after his arrest during the 1956 bus boycott in Montgomery, Alabama. Fosso’s reinterpretations of these historic photographs pay homage to the figures in the original images and raise questions about individuality, celebrity, the media, and the complicated history of representation. 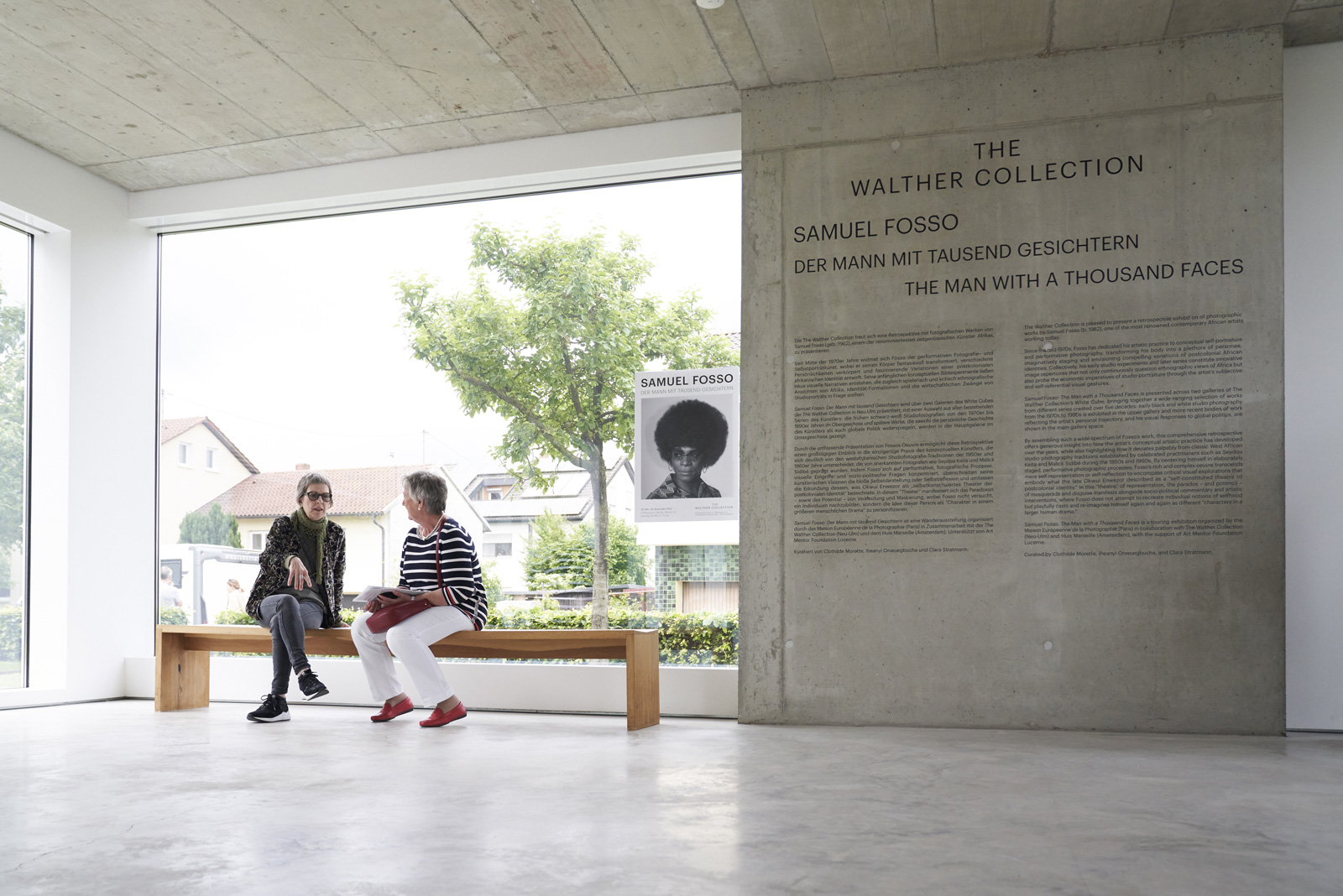 Samuel Fosso. The Man with a Thousand Faces

The Walther Collection presents a retrospective exhibition of photographic works by Samuel Fosso (b. 1962), one of the most renowned contemporary African artists working today. Spanning his five-decade career, Samuel Fosso: The Man with a Thousand Faces revisits bodies of work that explore issues central to the contemporary art scene. The exhibition retraces a career that oscillates between personal introspection and collective narratives through major series and lesser-known works from his youth. 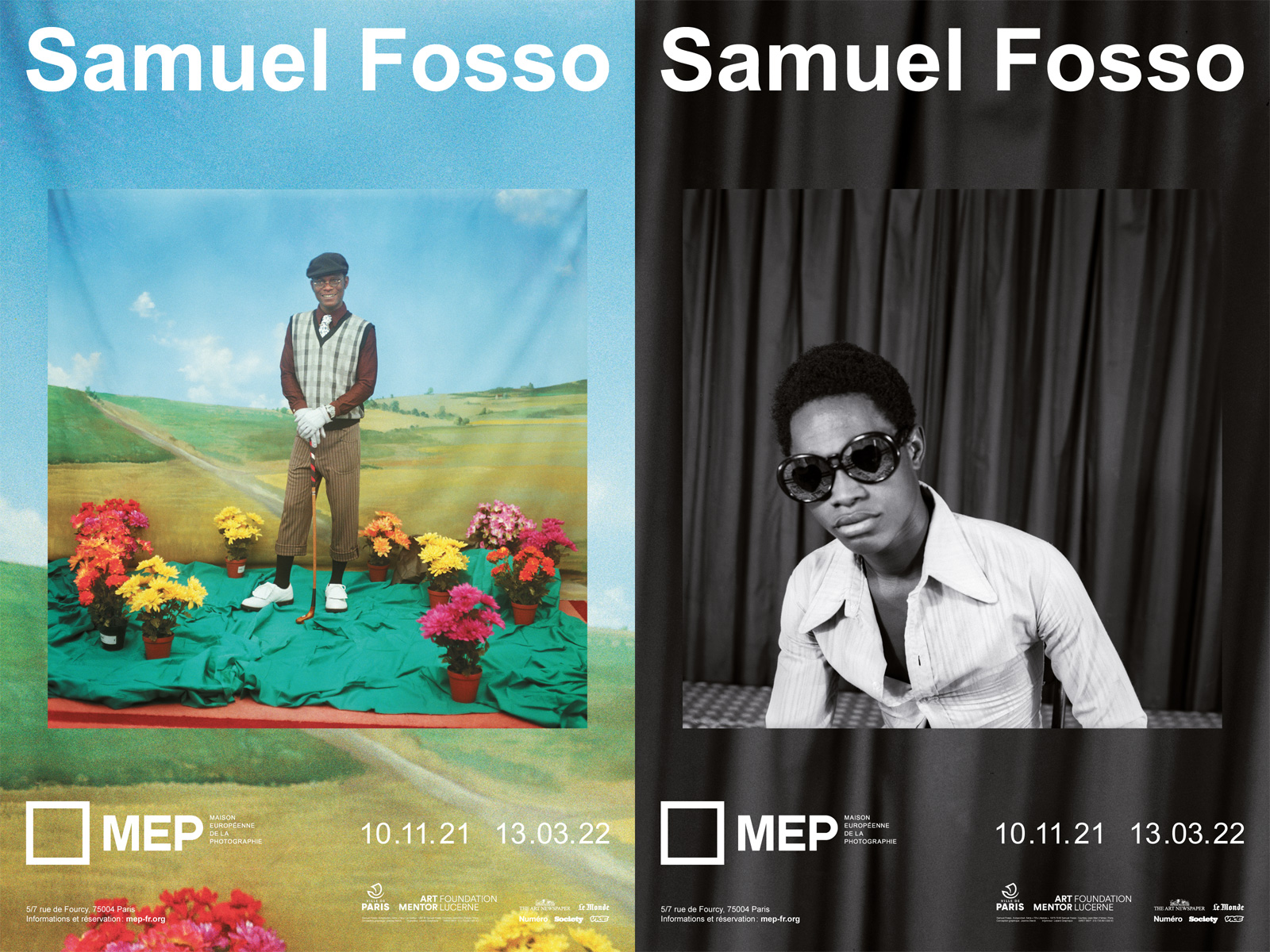 The MEP is pleased to present the first major retrospective of French-Cameroonian photographer Samuel Fosso. This landmark exhibition spans his five-decade career, revisiting bodies of work that explore issues central to the contemporary art scene. Bringing together emblematic series, lesser-known works and never-before-seen photographs from his youth, the exhibition retraces a career that oscillates between personal introspection and collective narratives.

First acquisition by the SFMoma

Two works belonging to the “African Spirits” series entered the Photography Department of the San Francisco Museum of Modern Art in July: “Angela Davis” and “Muhammad Ali”. This is the first acquisition of Samuel Fosso’s work by the prestigious institution. 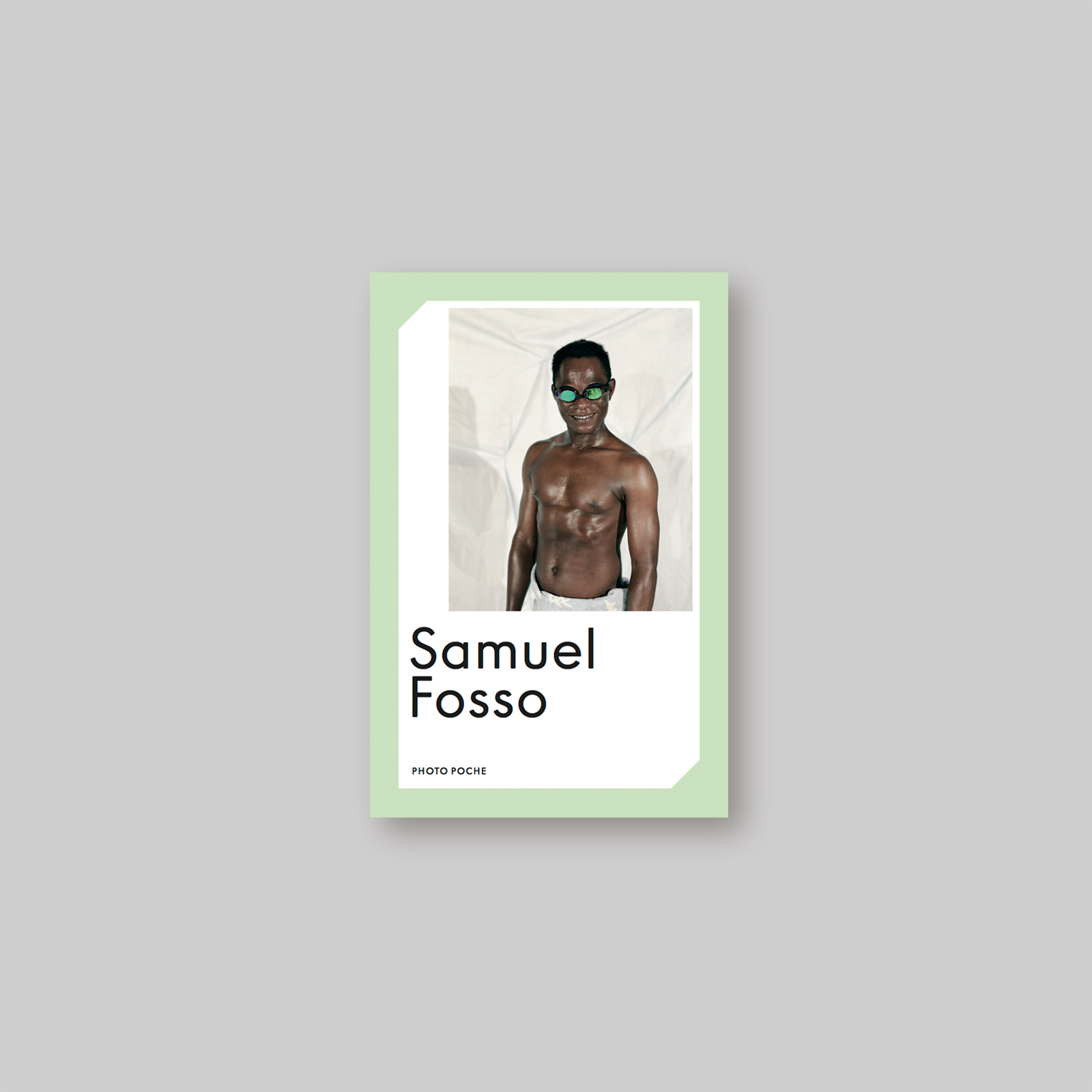 On the occasion of its 40th anniversary, Photo Poche, THE international reference in paperback photography, publishes an overview of the photographer’s work from the 1970s to the present day. Introduced by Christine Barthe, Curator and Head of the Photographic collections at Musée du quai Branly – Jacques Chirac, Paris. 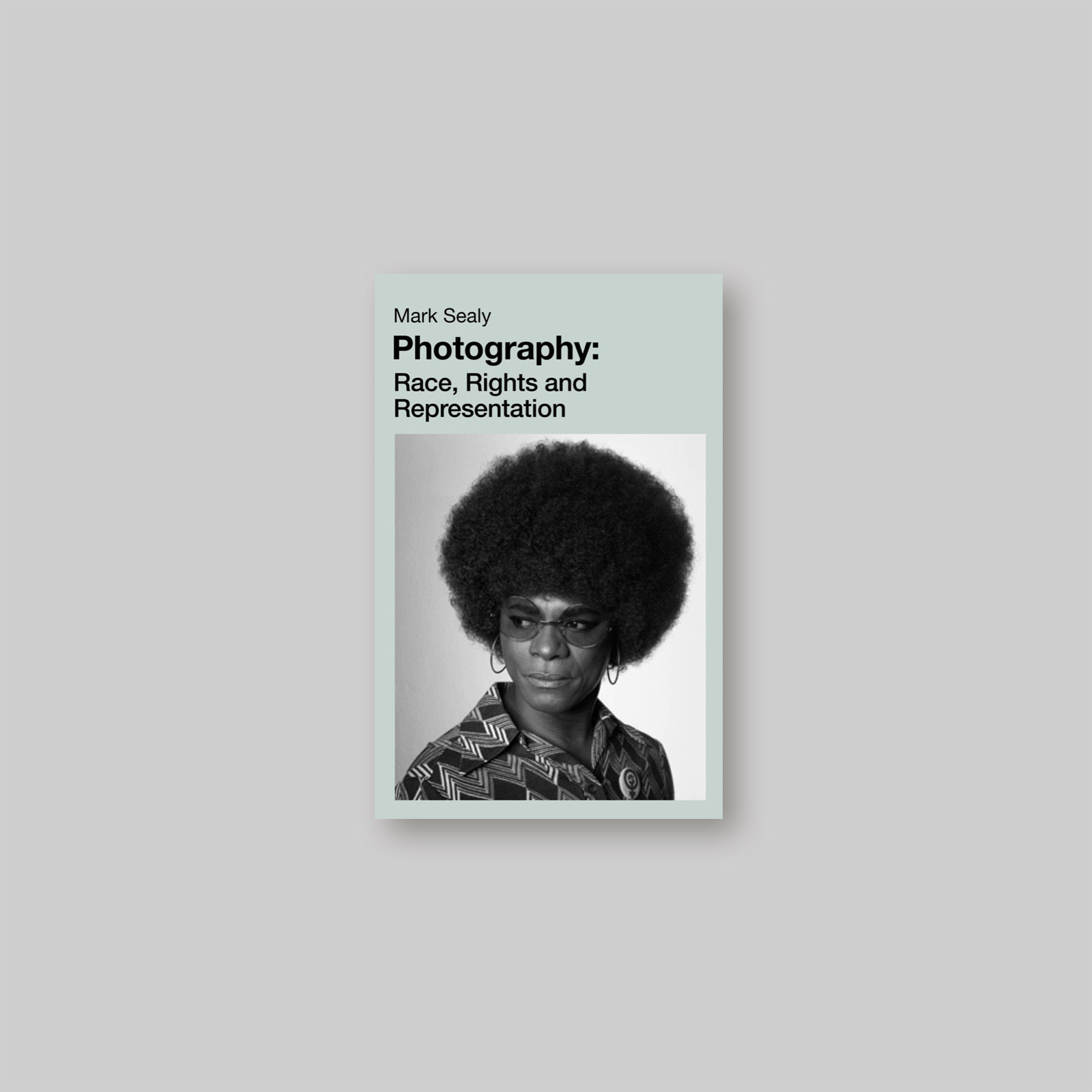 By Dr. Mark Sealy, Director of Autograph, London and Professor at the University of the Arts London. Weaving together analyses of work by Black photographers in the UK and internationally, interviews with key figures and personal reflections on the changing landscape of Black photography, this book offers an exploration of the past, present and future of decolonial visual practices. Sealy marks out a new path for photography – jazz-like, sensorial and experimental – in order to free it from the classifying colonial lens, offering the reader the opportunity to move both conceptually and spiritually into new visual realms when reading an image. 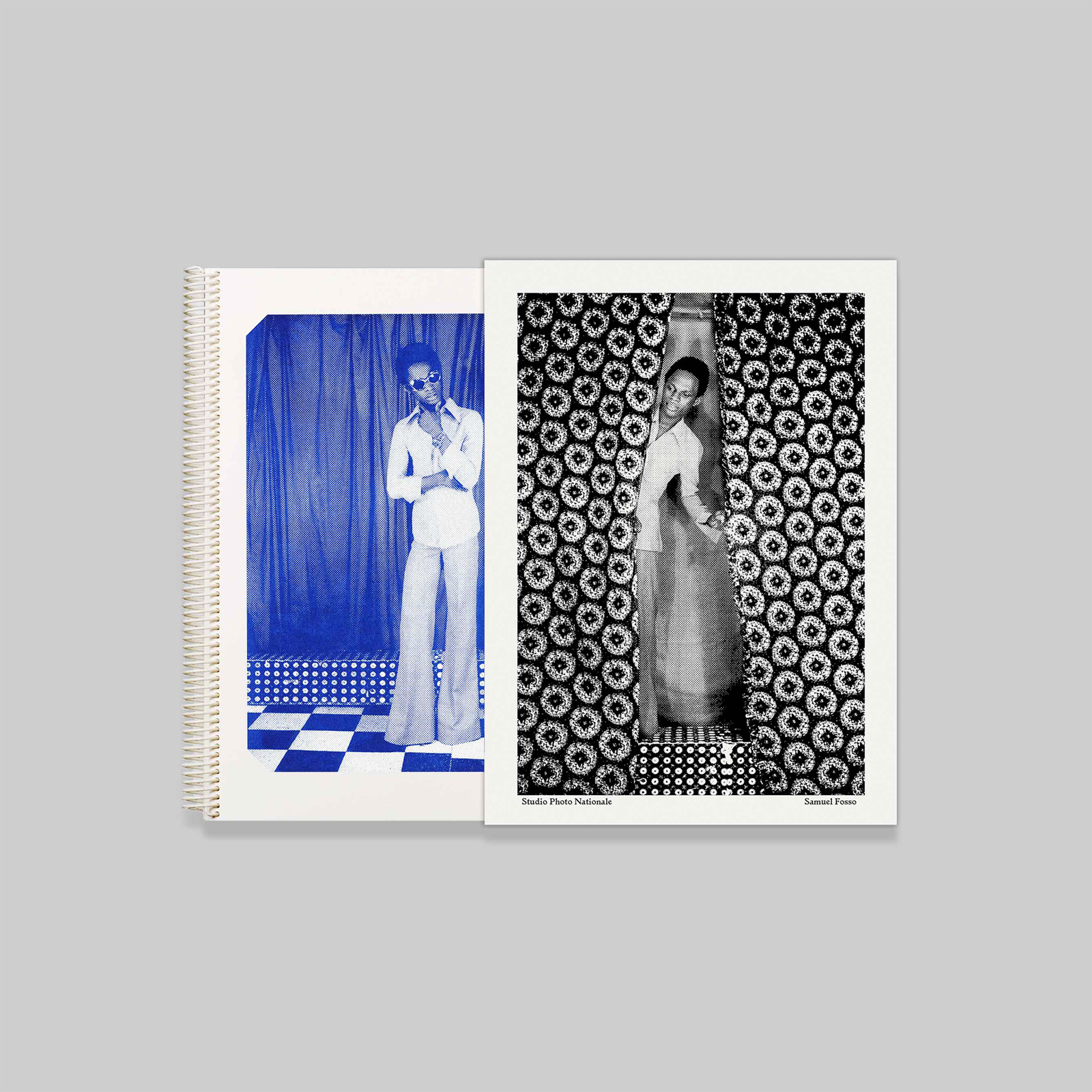 After Samuel Fosso’s studio and home were attacked in 2014 by looters in the war-torn Central African Republic, the photojournalists Jérôme Delay and Marcus Bleasdale, with Peter Bouckaert, emergency director for Human Rights Watch, rescued Samuel Fosso’s negatives from destruction and sent them back to him in Paris. During seven years, three steel trunk boxes containing more than 50.000 negatives remained closed till the spring 2021. Thanks to Sébastien Girard and the Maison européenne de la photographie, the first pieces of this photographic treasure are revealed through this book. 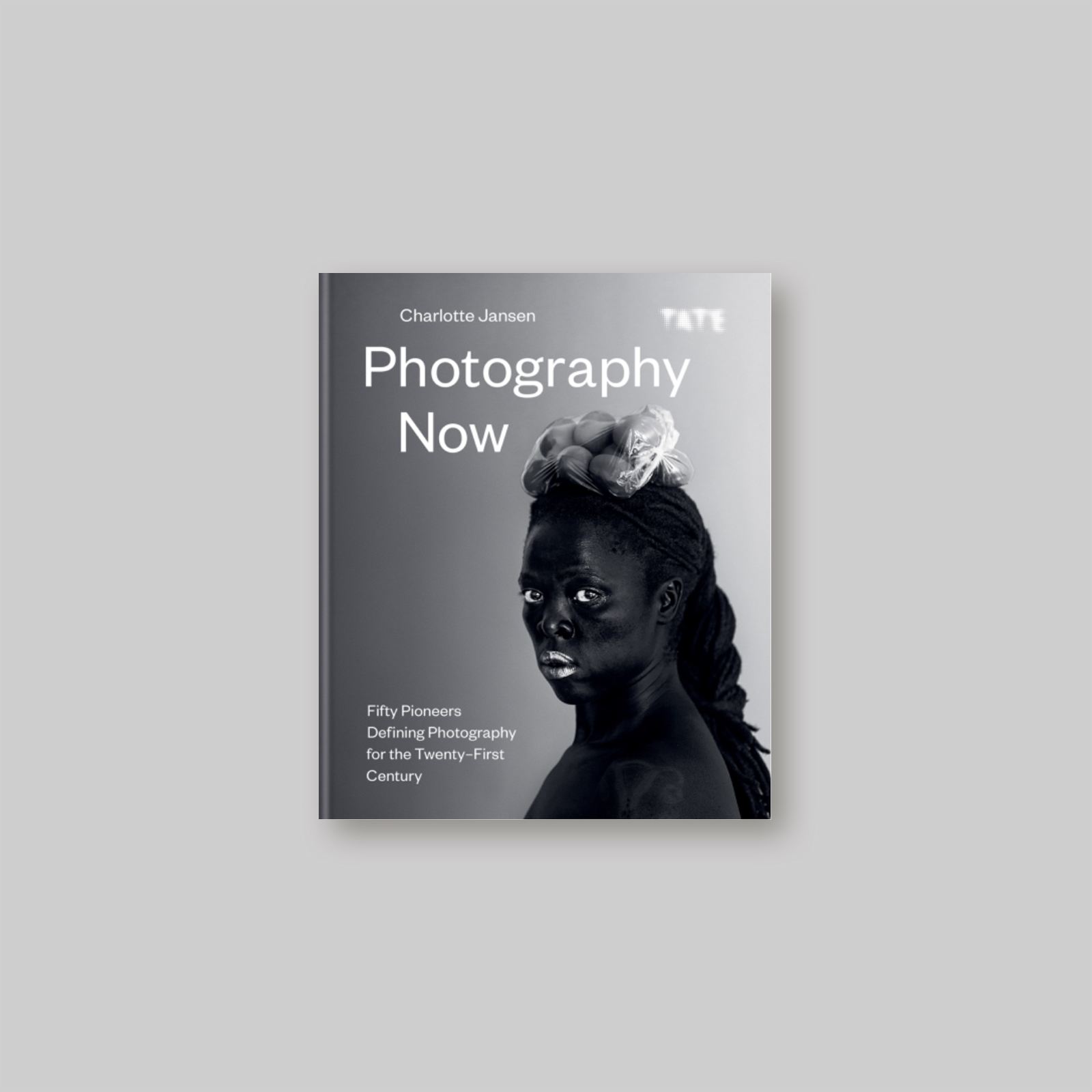 A SURVEY OF CONTEMPORARY PHOTOGRAPHY

By Charlotte Jansen. In the last century, photography was always novel. Now, it feels like our world is over-saturated with images. In the 21st century, what can photography do that is new? This extensively illustrated survey answers that question, presenting fifty photographers from around the world who are defining photography today. Their styles, formats, and interpretations of the medium vary widely, but in each case, the work featured in this book represents photography doing what it has always done best: finding new ways to tell stories, and new stories to tell. 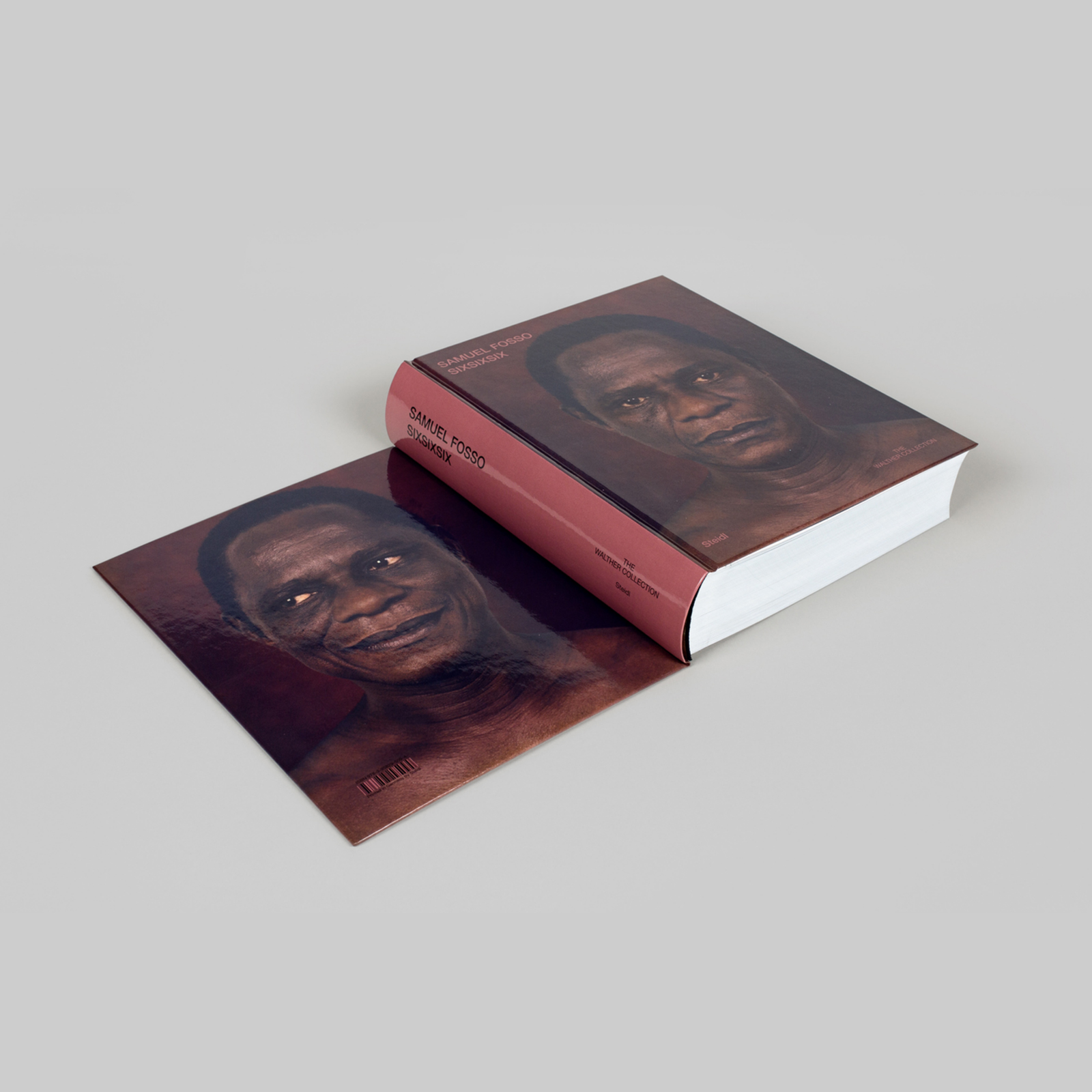 Steidl – The Walther Collection, May 2020

Foreword by Jean Marc Patras and conversation between Samuel Fosso and Hans Ulrich Obrist.
SIXSIXSIX consists of 666 large-format Polaroid self-portraits (each 24 x 19 cm), produced in an intensive process by Samuel Fosso with a small team in his Paris studio in 2015 and 2016. 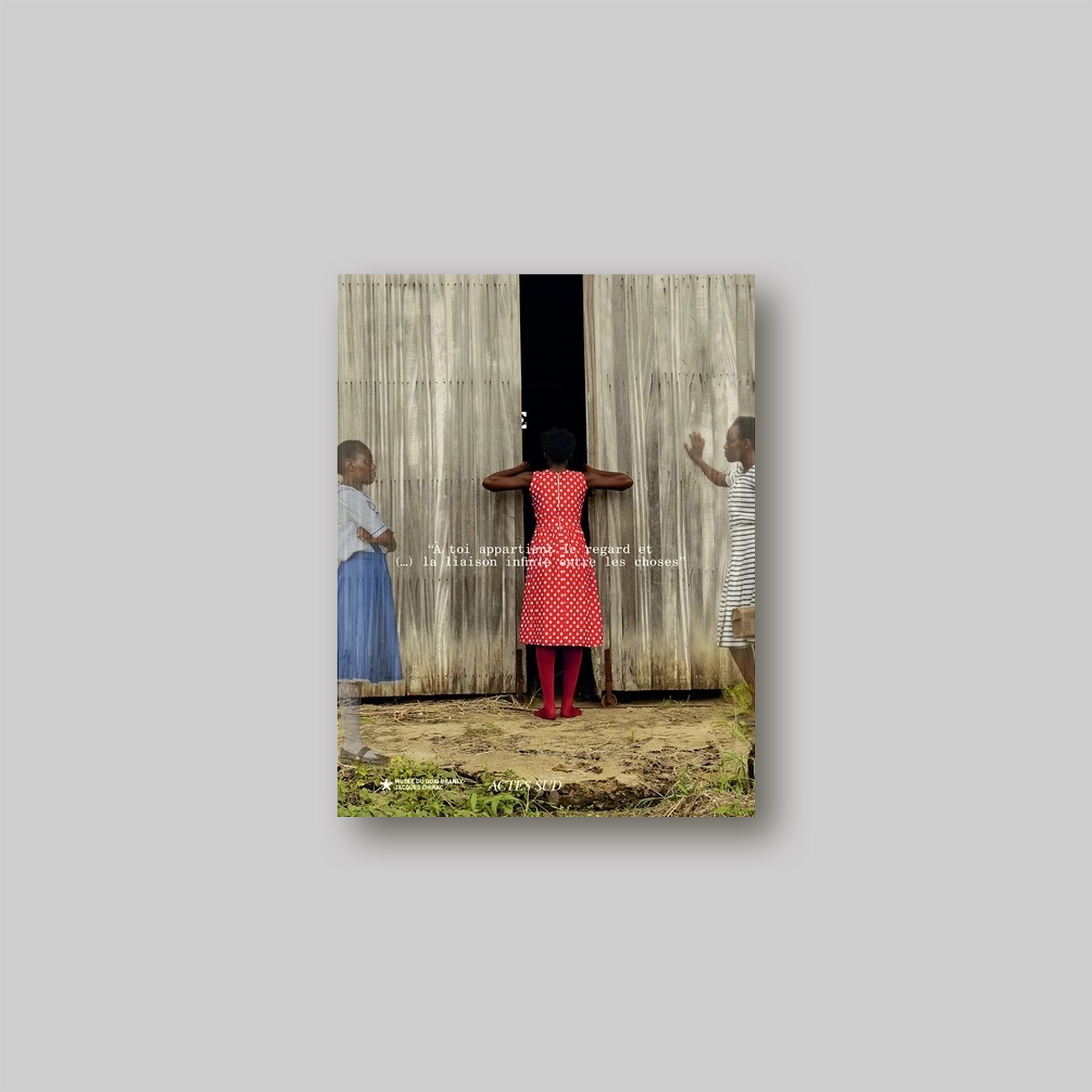 With photography at the heart of their work, 26 contemporary artists immerse us in their sensitive universe. Coming from 18 different countries, they take hold of our relationship with images, conduct in-depth investigations or question the historical legacies of photography. 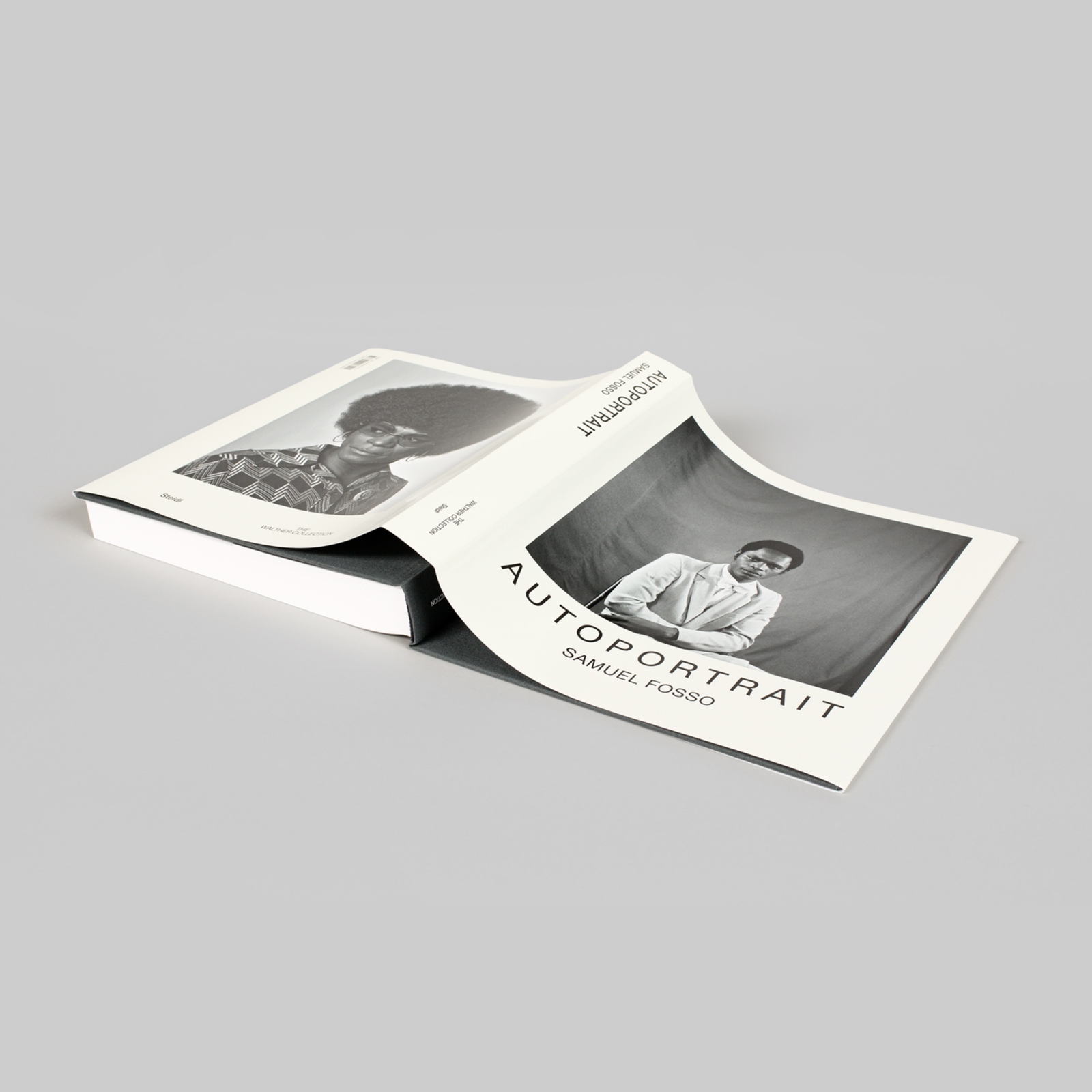 This landmark monograph demonstrates Fosso’s unique departure from the traditions of West African studio photography, established in the 1950s and ’60s by modern masters Seydou Keïta and Malick Sidibé. 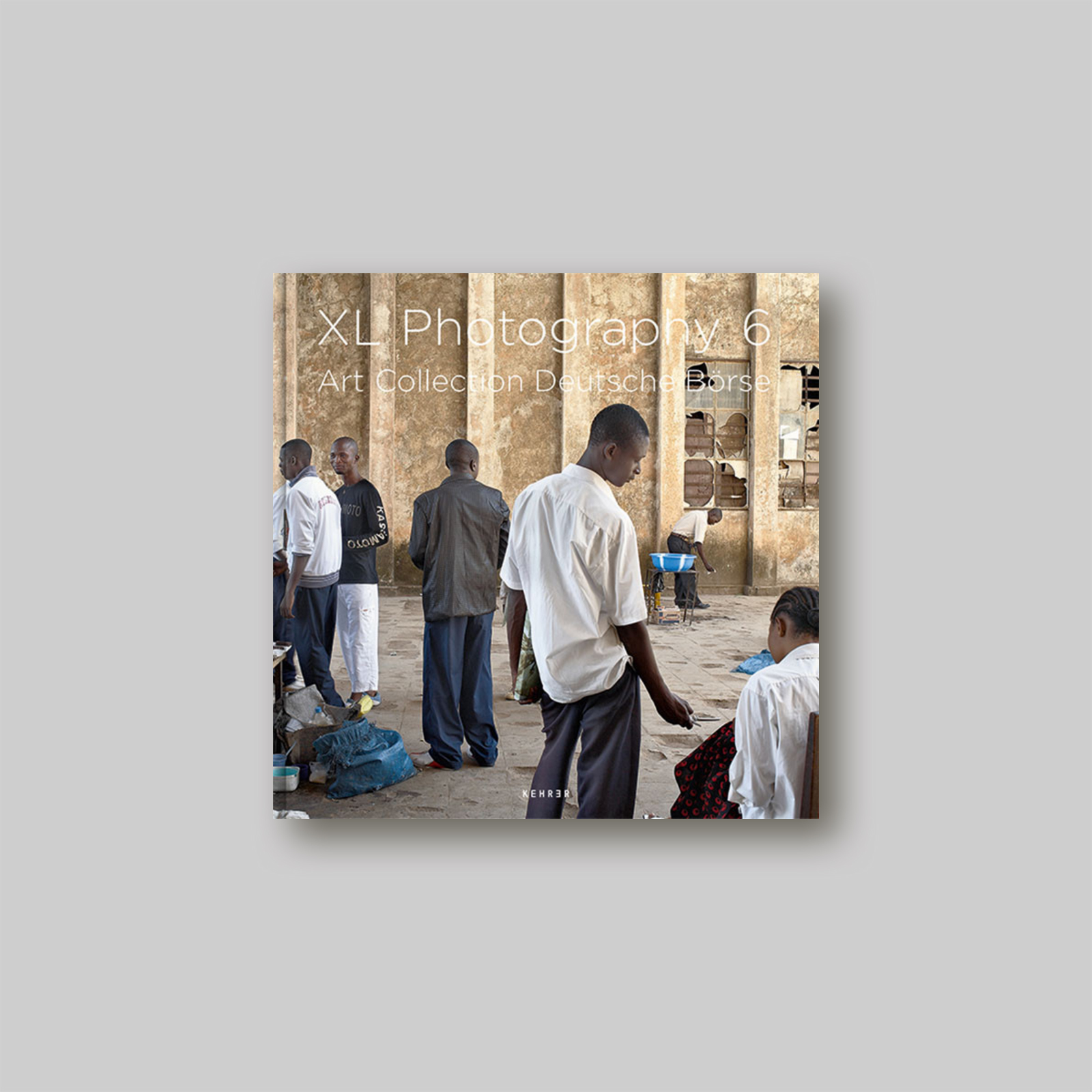 The focus of the collection is on a variety of key themes in contemporary photography since the mid-twentieth century. Represented in the collection are positions already considered classics as well as works by younger artists. Artistic projects and conceptual works are complemented by comprehensive groups of works by photojournalists.